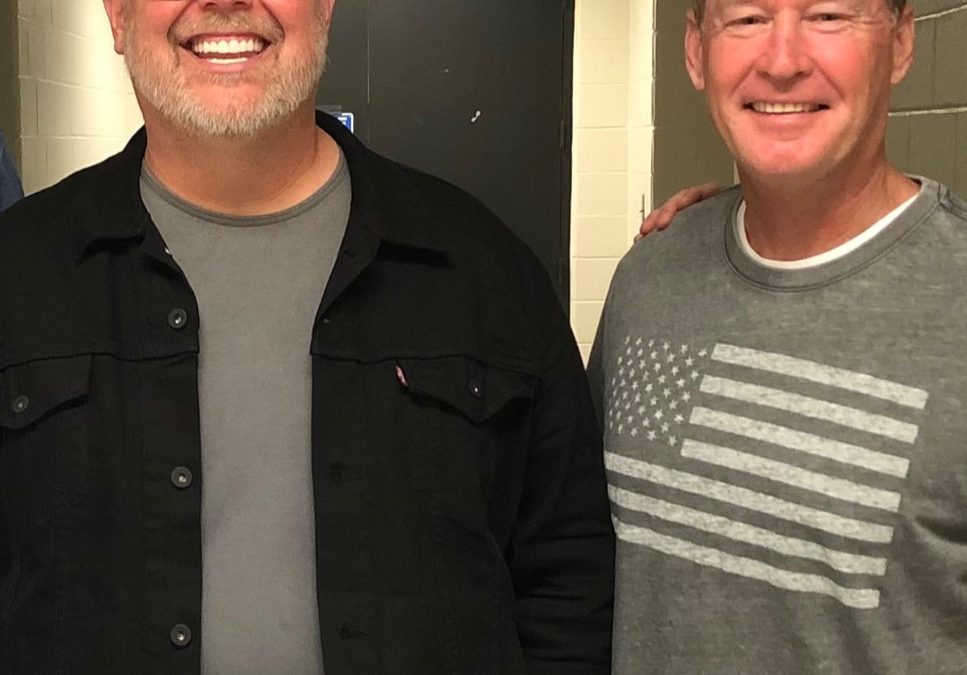 Sharing the most recent episode from the Mark Price For 3 Podcast. Thank you Mark for allowing me to share our interview with Bart Millard of the band MercyMe. Follow Mark’s Podcast for much more.

Episode 12 of the Mark Price For Three Podcast is a special one.

Our guest today is the Lead Singer of the group MercyMe, Bart Millard.

We cover a lot of ground in this episode from hoops to Bart’s favorite songs. Here’s a little more about Bart.

He received a solo Grammy nomination in the category of Best Southern, Country, or Bluegrass Gospel Album for the latter album.

In high school, Millard wanted to become a football player, a dream which ended when he injured both ankles at a high school football game. As a result, Millard took choir as an elective.

Millard is from Greenville, Texas. He and his wife Shannon have five children: Sam, Gracie, Charlie, Sophie and Miles.

MercyMe is an American contemporary Christian music band founded in Edmond, Oklahoma
The group first gained mainstream recognition with the crossover single “I Can Only Imagine“, which elevated their debut album, Almost There, to triple platinum certification.

The group has released 11 studio albums (six of which have been certified gold), two compilation albums, two video albums, and 28 singles.

The group has also had 13 consecutive top 5 singles on the BillboardChristian Songs chart, with 7 of them reaching No. 1

MercyMe has won 8 Dove Awards and has had many Grammy Award nominations.