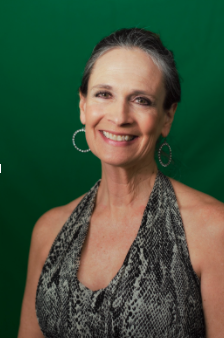 Annette Lovrien Duncan has taught English and Critical Thinking at Carthage College in Kenosha, Wisconsin for 33 years, also serving as Title IX Coordinator and Leader of the Academic Senate.  While her stage acting and musical theater experience spans the past three decades, in the past two years she has stepped into the world of film and television, appearing in television productions such as People Magazine Investigates, in commercials and print products for companies such as Stainmaster, Korres, and Apple, and in various documentaries and films.  In her latest feature film, Dolphin Island, she enjoyed playing the role of SHERYL WILLIAMS. Though originally from Nebraska, Annette has lived for many years in Franklin, Wisconsin, with her husband Reverend David Duncan (Church in the City, Milwaukee). They have seven children and seven grandchildren (and counting!).

In this episode we discuss her role in the new film “Dolphin Island. DOLPHIN ISLAND shares the story of 14-year-old Annabel who lives with her fisherman grandfather on an island paradise. She is surrounded by an extended family of loving but quirky neighbors and her best friend – a dolphin named Mitzy. Everything changes when her maternal grandparents arrive with a shifty lawyer to bring her back to New York. It’s up to Annabel and her friends to figure out how to save the day and prove that love conquers all!

I so enjoyed my time tonight with Annette Duncan. Her poise and story telling of the behind the scenes of the film was so refreshing and fun. I could have spoken with her for hours. She was very much in this episode as she was in the film. Warm, engaging and a graceful presence.

Dolphin Island is a fun film with powerful message about relationships, community and the powerful bonds we create. Shot in the Bahamas, the scenery is beautiful and the sites are breathtaking. The film will be available on all platform in early March.