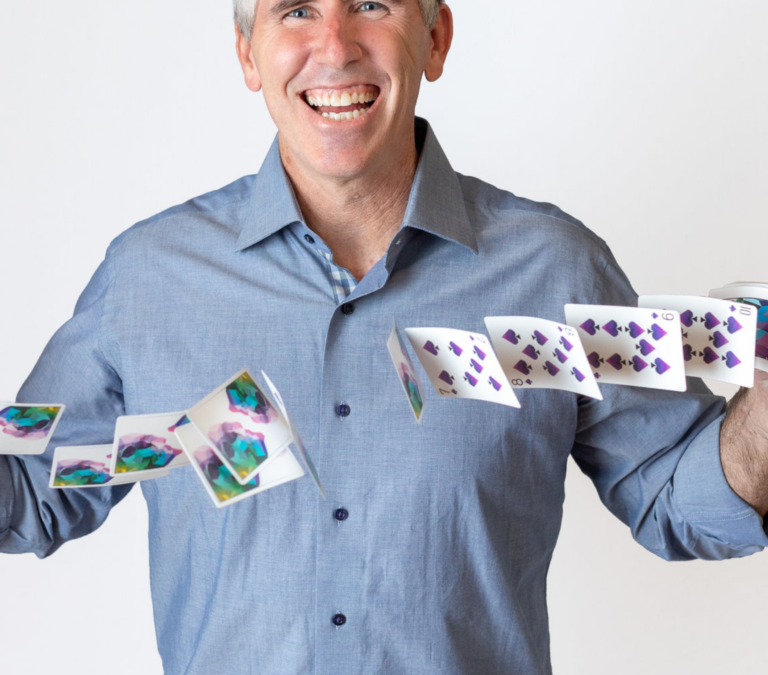 Danny Ray is a pastor and conference speaker, but he is best known as a world-renowned illusionist with an upcoming appearance on a national competition reality show. Now he is pulling back the curtain on how to have a great marriage and is releasing the book “No, I Can’t Make Your Wife Disappear: A Magician’s Guide to a Magical Marriage.” (Iron Stream Media, Nov 16, 2021)

Danny will love to try to stump you and your listeners with some entertaining tricks – all while sharing how his career helped him hone in the principles of a strong, biblical marriage.

Danny Ray has been performing his signature jaw-dropping illusions for nearly three decades. He has performed in almost all 50 states. He also has visited 21 different countries, performing for churches, organizations, and businesses. Danny is regularly featured at the world-famous Magic Castle in Hollywood, California. He also is a pastor, with a Master’s degree from Fuller Theological Seminary. He was a full-time youth pastor for more than ten years and continues to work and partner with local churches and ministries around the country.

Danny’s heart is to communicate God’s Word, using the skills of illusion that he has developed through years of practice and performance to impact the lives of others. Passionate about speaking and preaching, Danny and his wife Kimberly love to help couples develop stronger relationships. They have been married for twenty-five years, have three children (two in college), and have faithfully navigated the ups and downs of marriage. Their story is compelling, and when combined with Danny’s magic and the life-changing message of the Gospel, it is truly inspiring.