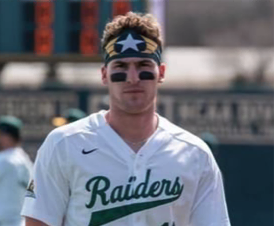 I have been familiar with Sammy Sass for many years. My son and Sammy are the same age. They competed against one another in travel sports for many years and eventually in High School. Sammy was always that kid on the other team that you respected because you knew he was just different, better and destined to be great.

As time and location would have it, Sammy and my son Austin got to be on the same team. Sammy the catcher and Austin the picture. I got to know his family. I got to know Sammy. He is a leader. He is an athlete. He is wise beyond his years.

Thank you Sammy for taking the time to care about my son, my family and Unscripted. You have forever fans in Hilliard.